As both a testimonial and bow to our artist friend Terry Fox, who passed away in October 2008, we re - staged one of the small miracles of his “ Children Tapes ”, an early video piece from 1974. Starting from five bent matches arranged in the shape of a star, the force created by the drops of water added to the center slowly displaces them to create a pentagram.
As a salute to the sound artist Terry, we brought two suitcases full of horse collars (complete with bells) from Central Switzerland. We very gently put on one after the other – always being careful, as much as possible, not to make a sound; an impossibility, for movement always produces a sound. The most delicate bell sounds of varying pitches soon lead to an enormous density of massive collar sounds.
“Klara Schilliger and Valerian Maly celebrate the avoidance of noise by piling on horse collars as slowly as possible. The audience holds its breath for the duration. John Cage’ s 4:33 Minutes, that was yesterday! Today Klara Schilliger and Valerian Maly fill the time with silent tension. Music here is music as long as it doesn’ t sound. And where Cage has the pause sound as a special occurrence in music, here the two performers demonstrate music as the avoidance of sound. A strange and, thus, highly modern virtuosity of the 21st Century which finally gives way to an ecstatic dance.” (Frieder Butzmann) 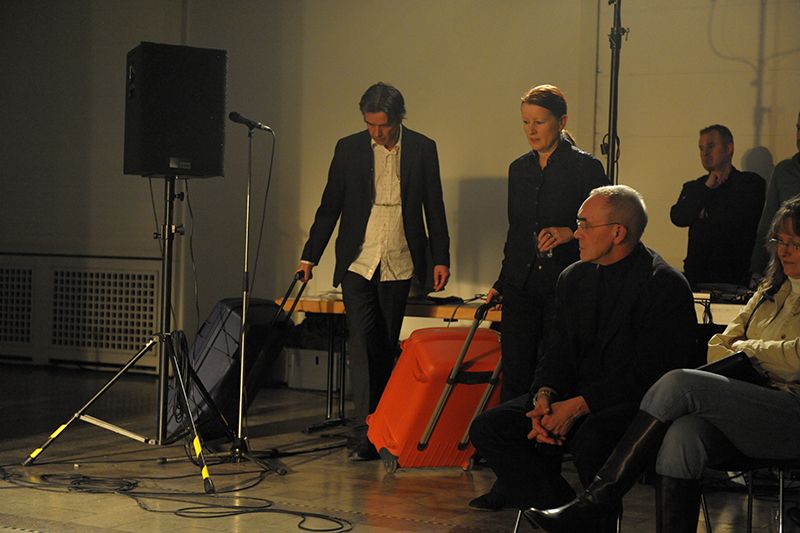 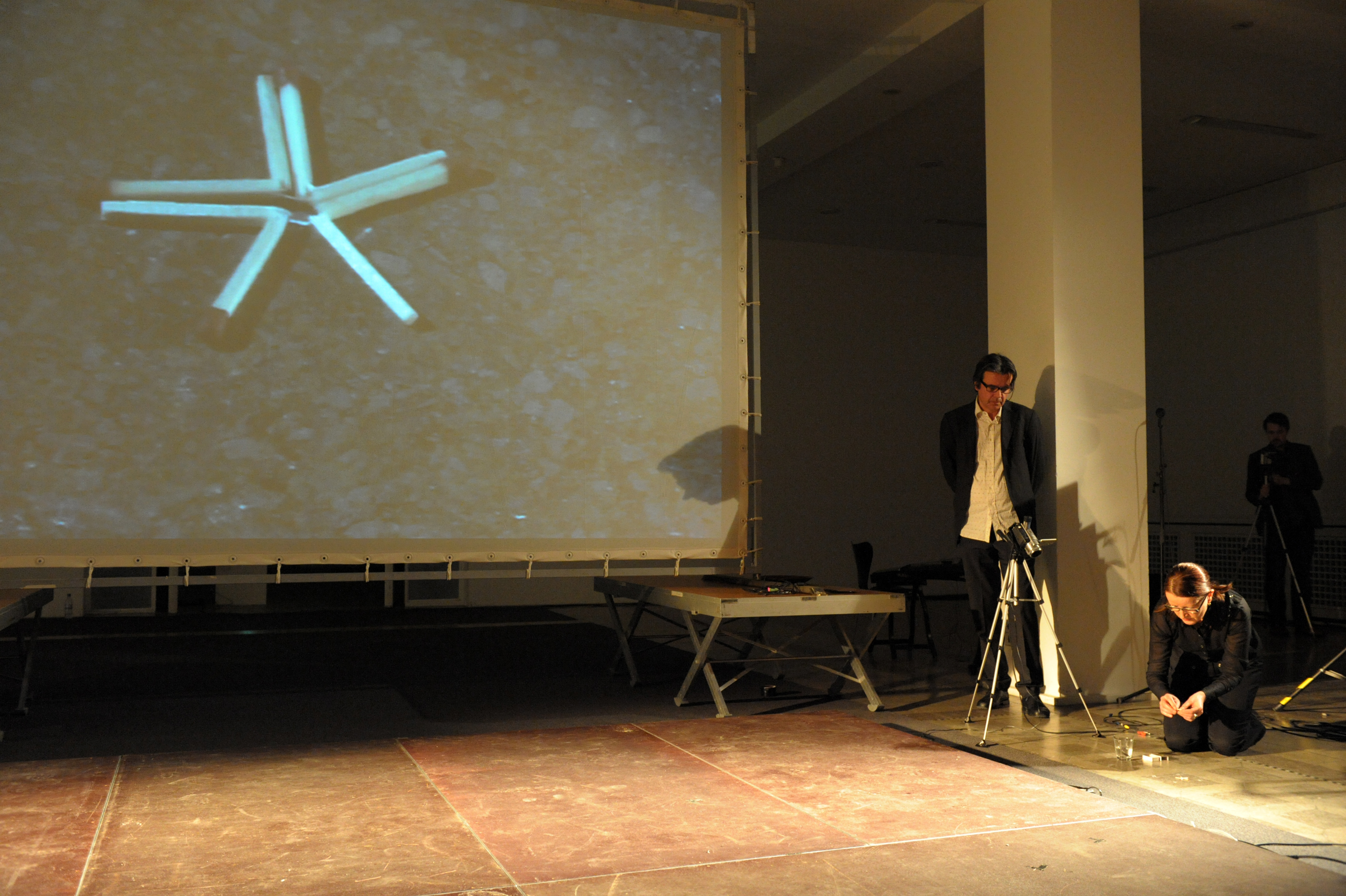 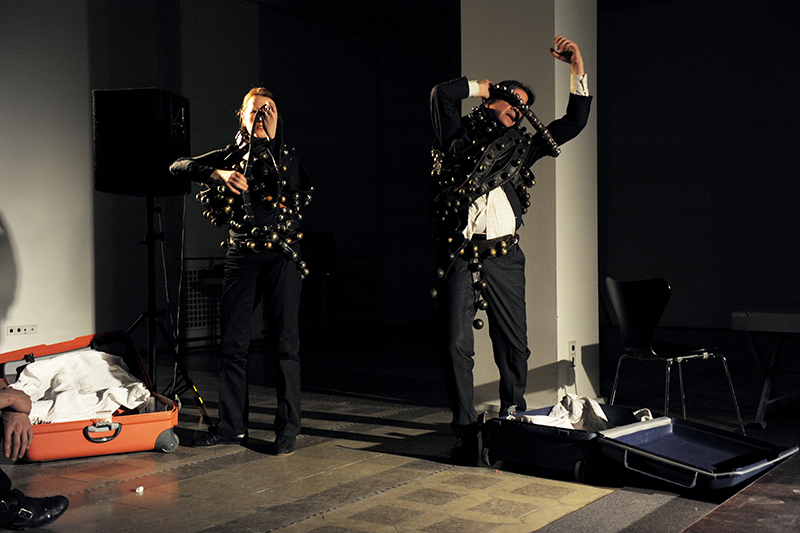 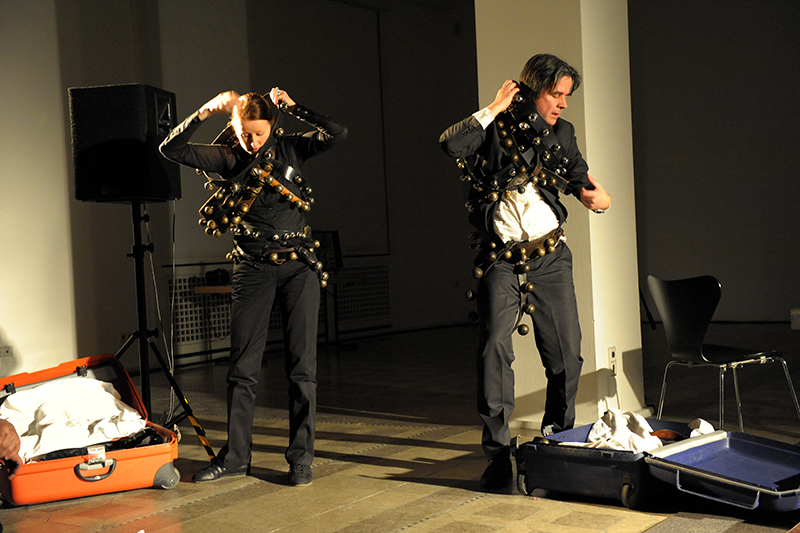 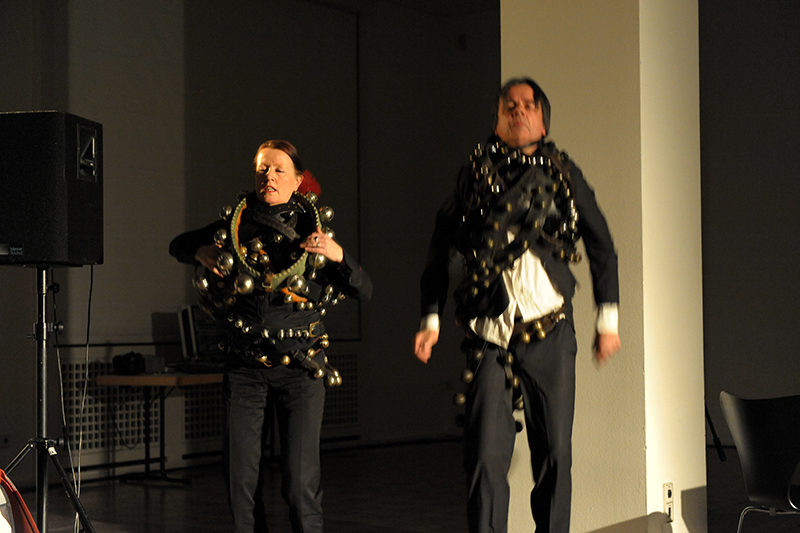 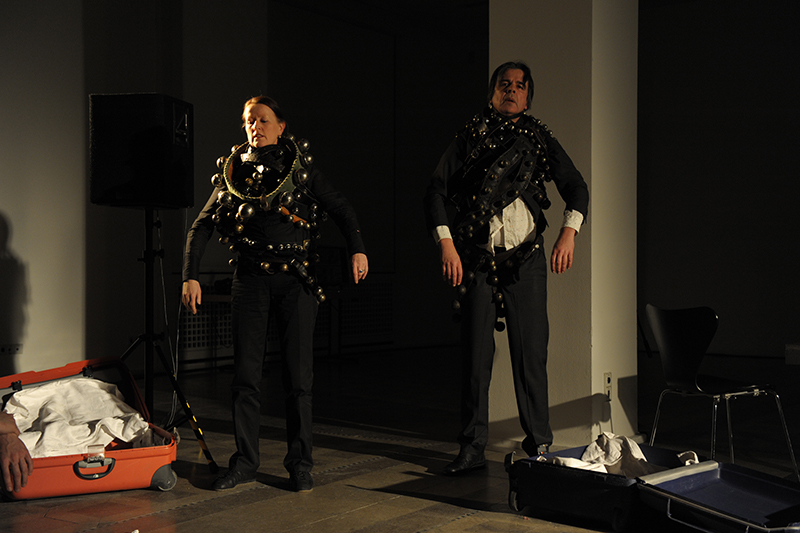 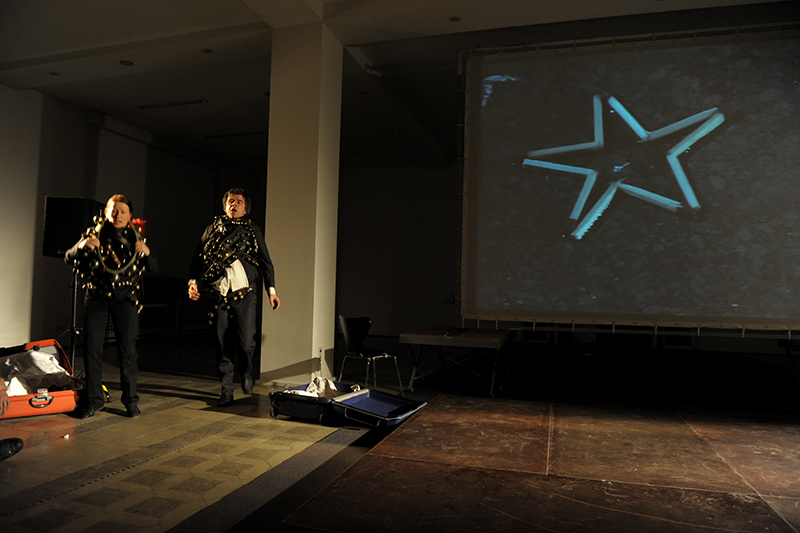