on the occasion of the Exhibition “querfeldein – Contemporary Art in Goms”, Münster - Geschinen 2008

The late Gothic high altar of the Parish Church of Münster was the theme and point of departure for the interventions and research of Klara Schilliger and Valerian Maly.
“Tendrils Carved in Gold” is a two - part work that consisted of the production and publication of an art guide (Easter 2009, to coincide with the 500 year anniversary of the consecration of the high altar) and an extensive large - scale Install Action involving various objects that took place beforehand, leading up to and referencing the appearance of the art guide.

The Art Guide
The high altar is esteemed by experts as a cultural artifact of national importance. The work of the Lucerne wood sculptor Jörg Keller was created in 1509 and can certainly be compared with the works of famous artists such as Tielman Riemenschneider or Jakob Russ. All the more regrettable that for some time now, no convenient publication on the historical art monument had been available, as is customary for other art monuments. Our main contribution to the exhibition “querfeldein” consisted in the publication of a new art guide through the Society for Swiss Art History GSK (in collaboration with the association “Culture Landscape Münster - Geschinen”).
In the main section, art historian Benno Mutter from Goms describes the high altar. In addition to narrating the sceneries and the describing the saints and their attributes, this section also includes information on technological investigations of the retable as well as its formal derivation, embedded in an account of the artistic situation in the late Middle Ages.
With its photographs of the outer and inner spaces and with detailed views of the high altar, the art guide presents an attractive series of pictures.
At the same time, however, this art guide is also an artists ’ notebook. In an introductory text, Klara Schilliger and Valerian Maly describe the altar from their perspective. Starting point for this is a photograph of the altar shrouded behind a purple cloth during Holy Week – notes on the visible, as the invisible, on appearing and disappearing, on emptiness and fullness, on questions about the picture behind the picture. Incorporated into a partial issue of the art guide is an artists ’ “insert”: a transparent paper which quotes, in random order, terms such as “baldachin”, “predella”, “acanthus”, “superstructure”, “grisaille painting”, “floral arabesque”, but also “Barbara”, “Holofernes”, “King David”, “Jesse”– as a kind of associative poem which is laid over the art history text. As a special edition, some of the notebooks are covered in gold leaf.

The Install Action
From the end of June 2008 until Easter 2009, old windows began turning up at different locations in Münster and surrounding areas. These were engraved with words such as “press brocade”, “sudarium” and “drolleries” – as in the “insert” of the art guide, terms that came from Walter Ruppen’ s description of the altar from 1968. As a visual reference to the high altar, each window was also furnished with a piece of gold leaf. The windows were collected and modified starting in May 2008 during building restorations in Goms. Like mushrooms, the windows appeared and disappeared as a rather coincidental, inconspicuous-conspicuous event, installed in an unpredictable temporal - spatial order. Through the window panes, one could see portions of the village or the landscape. Together with the engravings, they evoked associations with this altar: a kind of glass book whose pages were scattered over the village and the landscape. 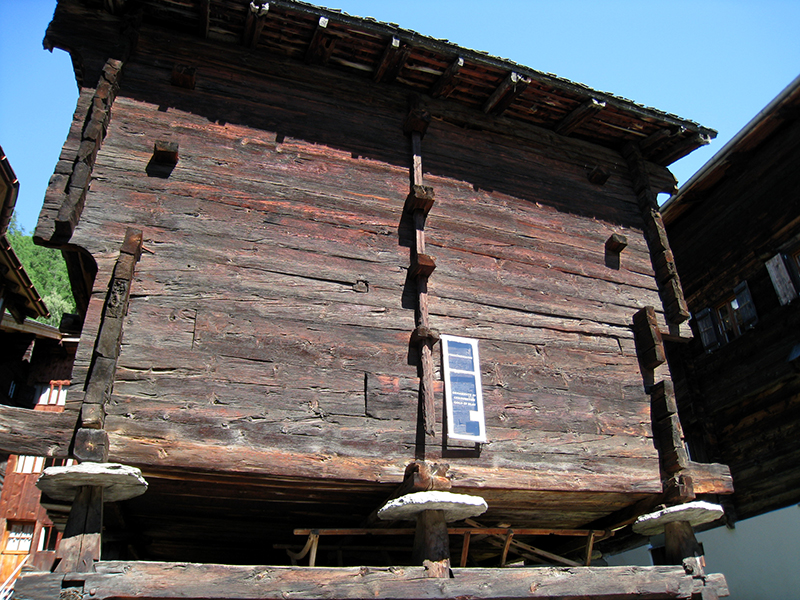 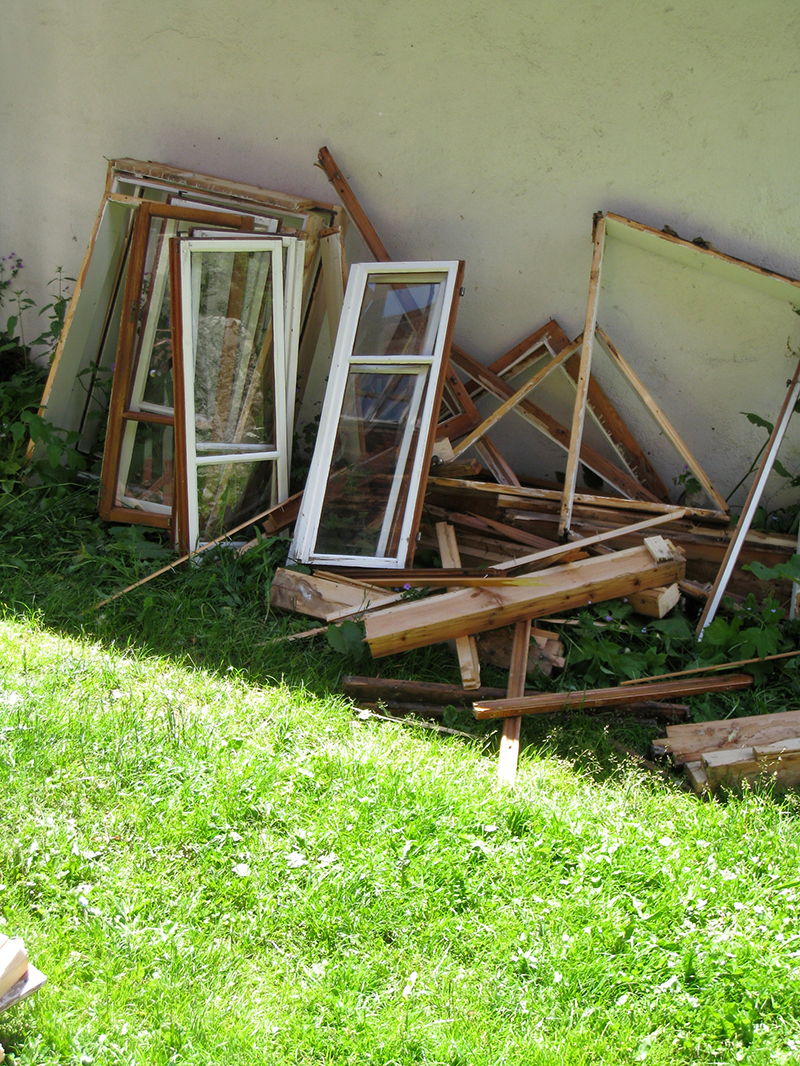 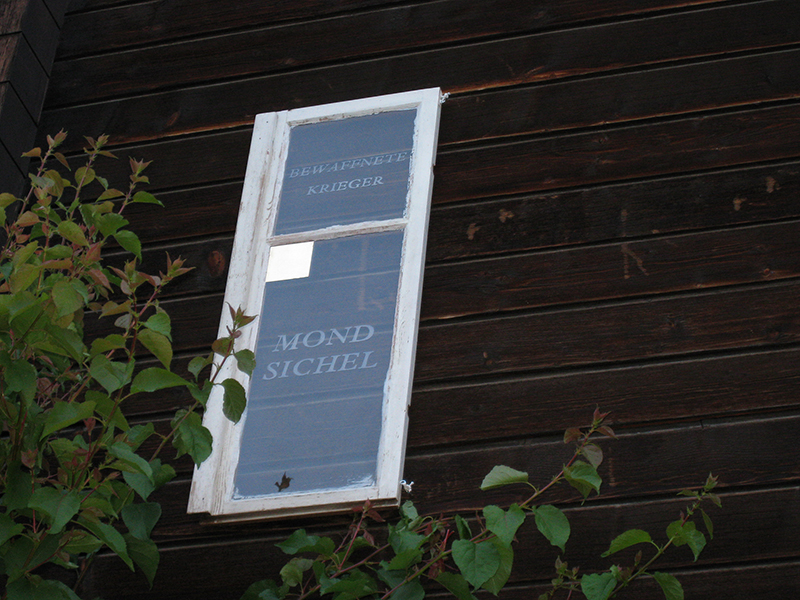 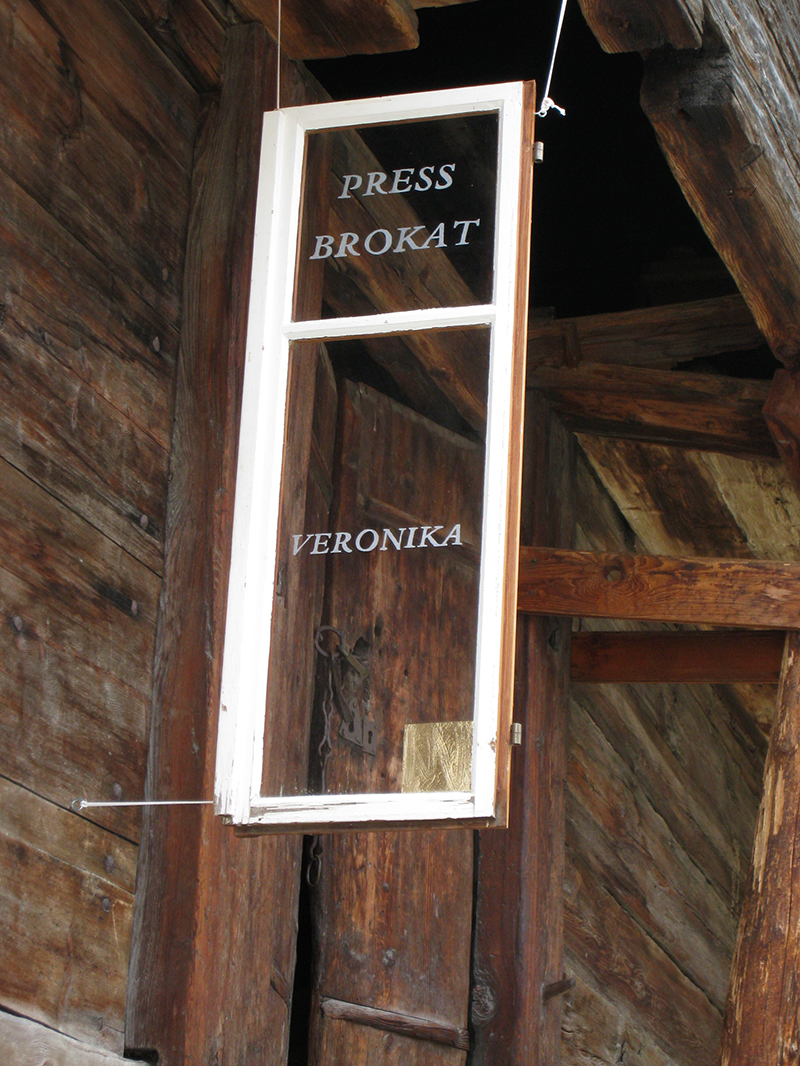 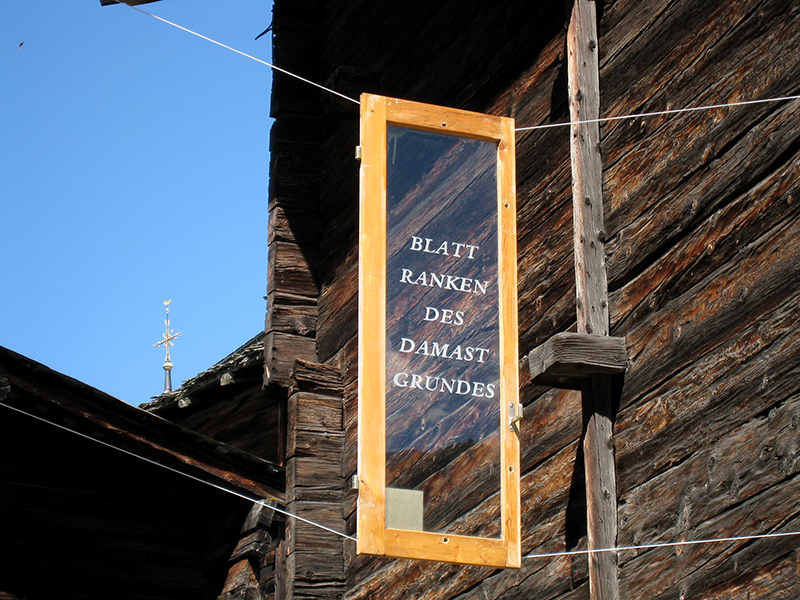 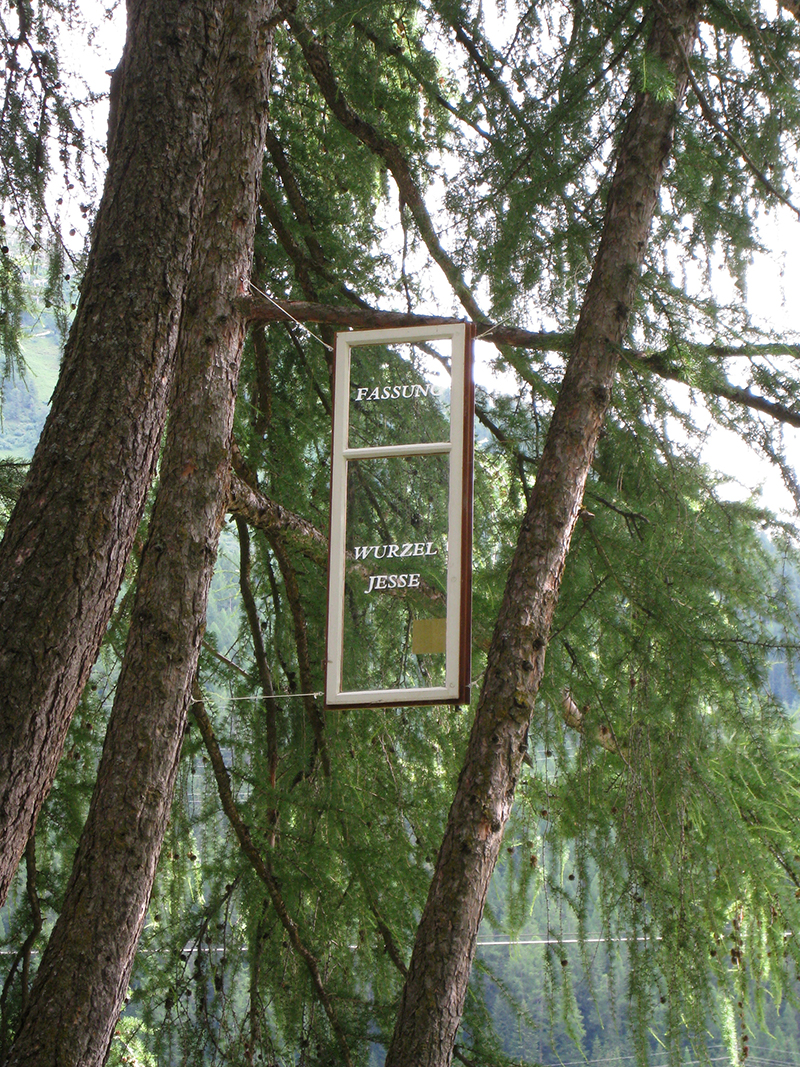