Opening of the PROGR_Center for Cultural Production, Bern 2004

The British artist Patrick Hughes set a world record in 1973 with 80 participants for his unsupported circle – a “friendly vicious circle”. Those present were asked to position themselves one behind the other in a large circle, to then simultaneously sit down on the knee of the person directly behind him.
On the occasion of the opening of the PROGR_Center for Cultural Production Bern, the two performers aimed at topping this record with the help of the populace of Berne. Members of the culture scene, politicians and additional audience members were invited to the Waisenhausplatz. Who in fact sat on whose knee, however, was decided by lottery. 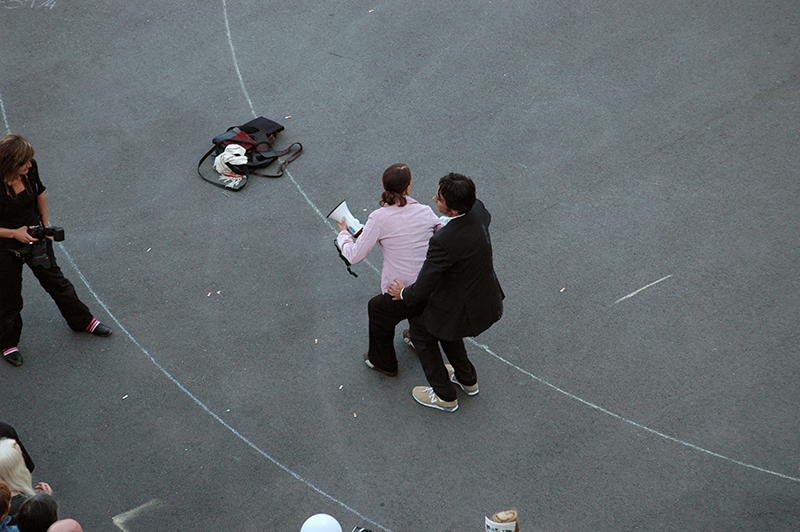 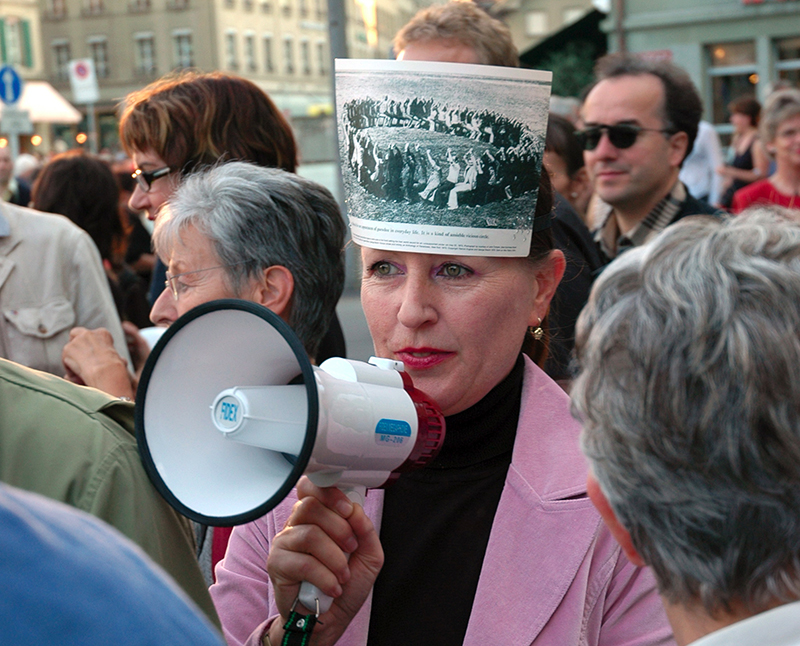 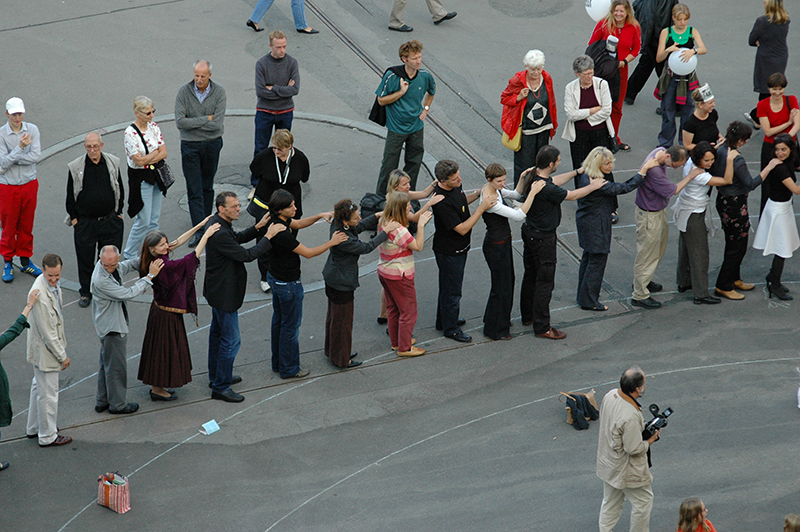 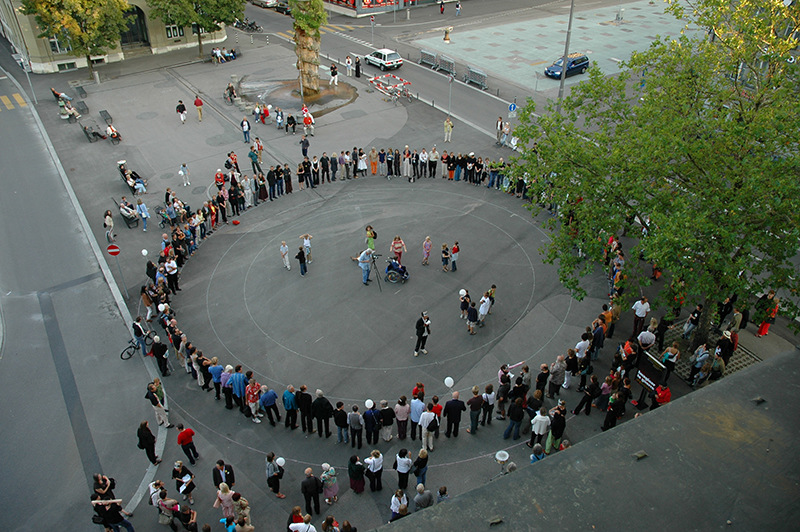 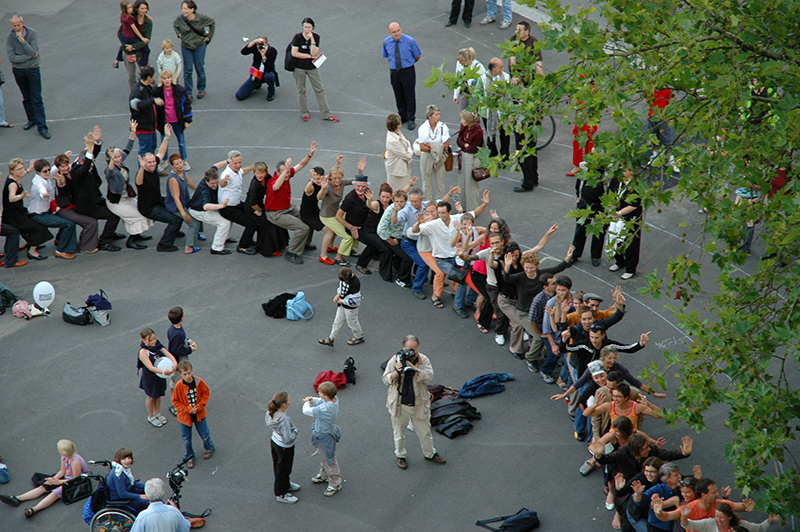 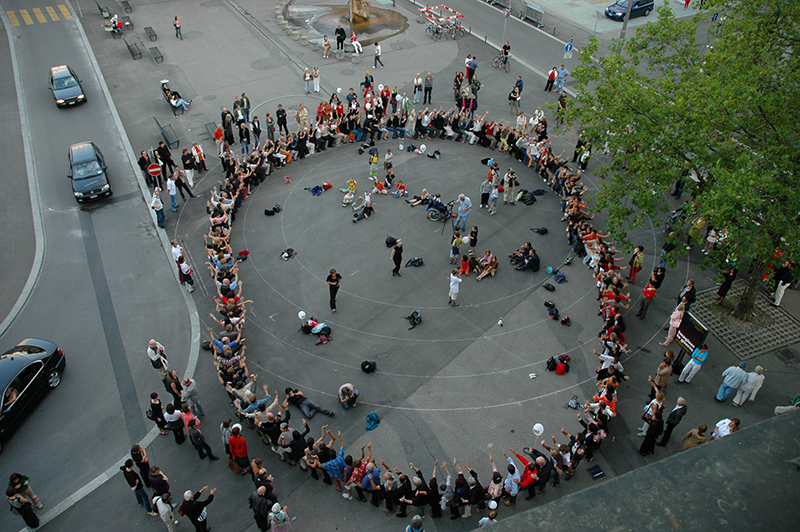